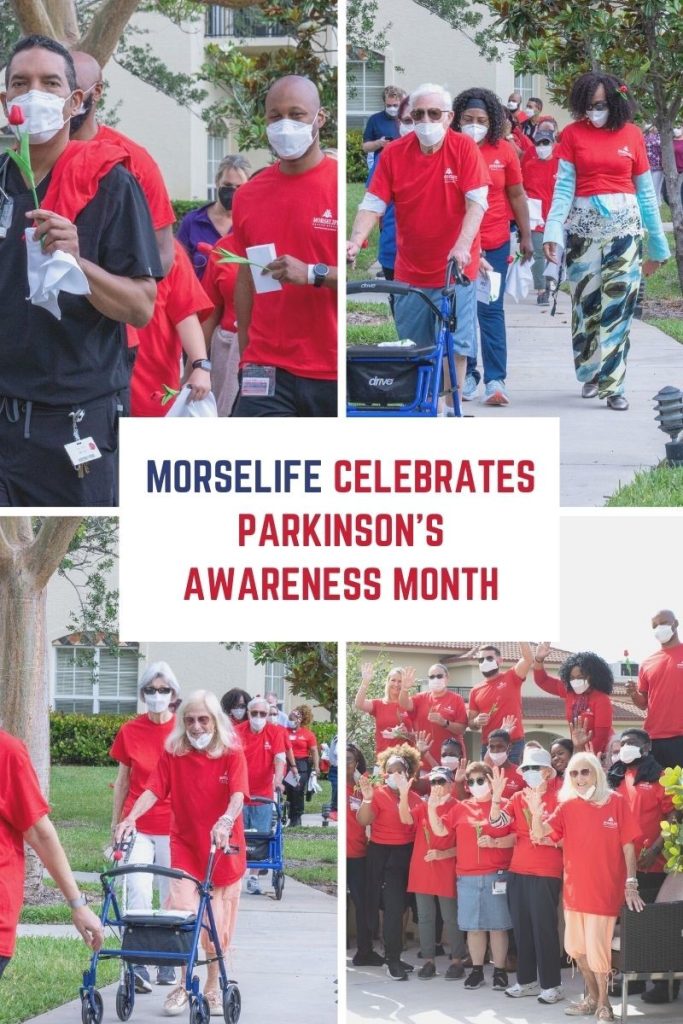 MorseLife Health System residents and staff recently participated in a campus-wide Parkinson’s Walk to raise awareness for the one million Americans living with Parkinson’s and to support those at MorseLife who live daily with the disease. Participants enjoyed a walk around MorseLife’s picturesque lake, from the Tradition Assisted Living to the Levin Palace Independent Living.

Florida has the highest percentage in the nation of people diagnosed with Parkinson’s Disease. Research conducted by MorseLife reports that its program participants have shown significant improvements in daily functioning. Remarkably, 100% of patients report that their balance function has either improved or maintained, while 92% report improved fine motor skills, 95% report improved muscle strength, and 83% report increased success in completing daily care tasks.

Parkinson’s Therapy at MorseLife was initially created to meet the distinctive needs of MorseLife’s long-term care residents who suffered from Parkinson’s Disease or other movement-related disorders. Since its launch in 2020, the program has had a positive impact on the lives of many MorseLife patients.

To learn more about the Parkinson’s Therapy Program at MorseLife visit www.morselife.org or call 561-472-2900.